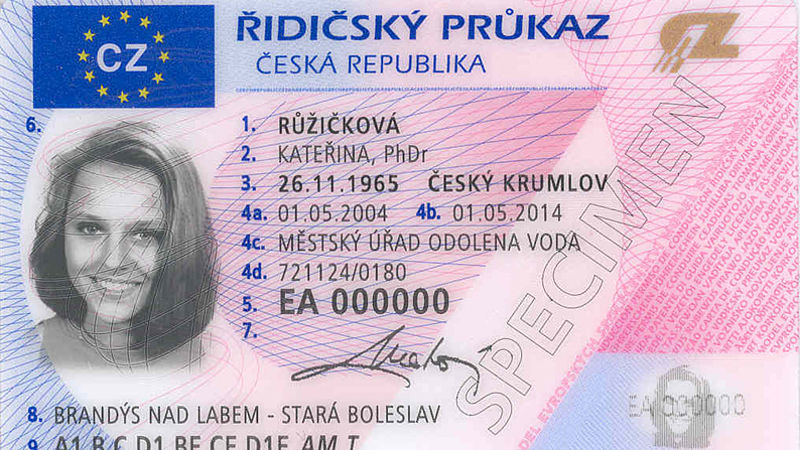 Exchanging a driver's license for foreigners in the Czech Republic

Foreigners in the Czech Republic have two options to obtain a Czech driving license. The first is exchanging your driver’s license from your home country for a Czech one. The second is going through the full process of obtaining a license as a first-time driver through a driving school.
In this post, we’ll share how foreigners can get a Czech driving license, either through exchange or getting licensed otherwise. We’ll include information on Czech driving schools, license categories & type-approval rules, international driving licenses, and common problems that might arise.
Note: After Brexit, UK citizens are still able to exchange their driver's license, as it meets EU standards.

If you are a holder of an EU driver's license, you are still eligible to use it for driving in the Czech Republic or any other EU country. This fact makes it a bit difficult if you are willing to exchange your driving license to the Czech one though!
The reason is simple: the exchange of an EU driver's license to a Czech one is voluntary and not obligatory. If you hold a driving license which can be legally used for driving in Czechia, there is no need to exchange at all.
Yet, if you insist on exchanging your valid / expired EU driver's license, you will need to prove 6 months of Czech fiscal residency. This is a mandatory provision of the application. We’ll get more into fiscal residency below.
Remember: Any damaged, stolen, lost or expired driver’s license which was issued in an EU country CAN be exchanged for a Czech driver’s license on the condition of proving a 6-month stay in the Czech Republic (fiscal residency).

What are EU driving license standards?

Class AM license (moped and smaller 2 or 3-wheeled vehicles)

Class A, A1, and A1 license (motorcycles, three-wheeled vehicles)

Class B, BE, and B1 license (motor vehicles)

Some of the most common problems foreigners face when attempting to exchange their driver’s license for a Czech one include:
If you need help arranging a Czech driver's license, feel free to contact us!

3 - How to get an international driver's license

4 - The alternative: driving school in the Czech Republic

Now, if you have a driving license that can not be exchanged in the Czech Republic and you also don't have an international driving license, the only way to legally drive is to pass driving school.
According to the current law, you should have 26 hours of driving experience with an accredited driving school instructor, plus a study of theoretical tests. You should also bring a general letter of health and eligibility for the driver from a GP to the school. Download the form of general health and eligibility for driving, and have your GP complete it.
Both of these services are provided by the driving school. The school will make an appointment for both the tests and the exam.

If you don’t speak Czech, you can hire a translator for the tests. After you pass the tests, you will be able to continue onto the second part of the exam, which is the driving skills part. After successfully passing the driving skills aspect, you will get an application form with stamps from the school along with the examination results.
After successfully completing these steps, you can apply for a Czech driver’s license. The procedure of registration and producing your driving license takes approximately 20 days.
Foreigners must prove 6 months stay in the Czech Republic, and should therefore have a biometric card that’s older than 6 months. Most third-country nationals have residency permits for 2 years and renew them for the next 2 years each time.
If you have just collected your new biometric card and it is not older than 6 months, the only solution is getting a confirmation of your full legal stay history from the immigration office.

You can download the confirmation form of full legal stay, and apply for it at any immigration office.
The service fee is 50 CZK which you must pay in stamps from the Post Office.
If you are visiting the MOI offices without an appointment, you should get the number / ticket “OTHERS”.

Fiscal Residency in the Czech Republic

Proving fiscal residency in the Czech Republic is mandatory for some specific acts, such as an application for your first driver’s license, or the Exchange of a foreign driver’s license.
The process of proving residency can be very challenging, as the person you present documents to can have their own rules and stipulations.
The most important condition to get a driver’s license exchanged is proof of a 6 months stay in the Czech Republic. Be advised, a temporary residency certificate is not proof of a 6-month stay; it’s only a supporting document!
Proof-of-stay in the Czech Republic can be a lease agreement, bank statement, or work contract for the past 6 months. If you are a Trade license holder, you can provide your income tax report from the previous year or health insurance payment statements for the last 6 months.

Summary of documents that can be used are the following:

If you are a holder of Czech Permanent residence, you don’t need to prove your fiscal residency!

Get the assistance you need today!